Again, as per the last one I shared, this too comes from an online forum.

Please consider donating the price of a cup of coffee to my funding page:

Not Saying I’m a Perfectionist, But…

Spotted, on one of the rabbit-hole forums I’m part of.

“The Family That Got Abuse Instead of Justic After Reporting Incest”

Okay, okay, let’s hear it out. This book might be something completely different to what the cover suggests. Maybe.

No, you’re right, reading this would be a terrible idea. I’ll stick to watching clips from Mary Poppins.

Please consider donating the price of a cup of coffee to my funding page:

A Christmas Exchange: The Most Wonderfully Low-Budget Film You’ll See This Year

“The Swindon Plaque” says a lot about this English town

How do I sum up this book? Alcohol, that’s how. Lots and lots of alcohol.

Amusingly you open the cover and see not a Drink Aware message, but instead a warning against consuming raw eggs (a foodstuff that features in some of the recipes.) Sandwiched between the hard covers of this recipe book are some very attractive looking images and nice little introductions to each drink (where their name comes from, the type of ingredients in the drink etc.). You’ve got the classics, your Mojitos, Bloody Marys Martinis, but you’re also got the different, for example Kinky Witch, Rusty Nail and Bobby Burns. In many ways there is something for everyone here* (unless you’re teetotal or under eighteen, in which case no, there isn’t).

All this however doesn’t detract from the simple truth that, as with all cocktails, you need about 100 different spirits and mixers tucked away in the cupboard to make them. The Classic Cocktail Bible is a classic by name and a classic of its genre; it is a book which sits on one’s shelf for many months/years until one day you think “oh, I really fancy a Cosmopolitan right now, I’m sure I can make that”. You open this book to mild disappointment when realise you can’t so instead you reach for a can of cider and consume that instead.

The Classic Cocktail Bible is a must have for the coffee table of the young professional or the kitchen cupboard for the impulsive buyer but be warned, it takes more than vodka and coke to make a good cocktail.

“Crossing the stage, Catherine Mayer strikes a formidable figure as she throws down her bag and proclaims, “will there be rock?!”” 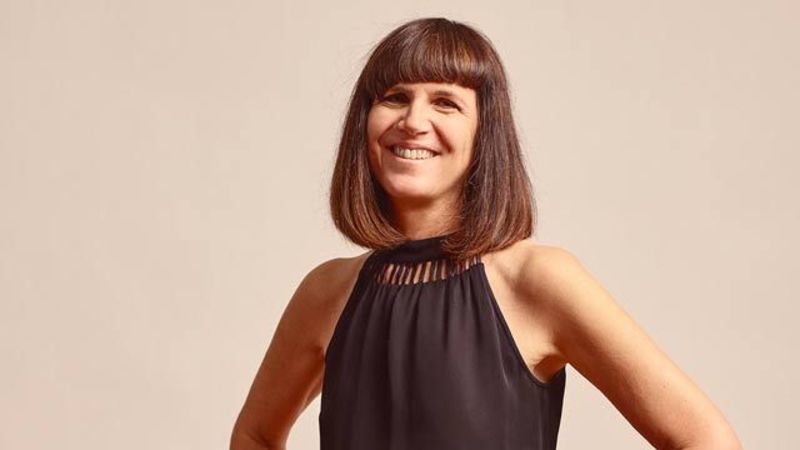 One classic novel, five modern minutes to write up its review…

Far From the Madding Crowd by Thomas Hardy is a novel which depicts the relaxed pace of life in the countryside of 19th century England. It essentially tells the tale of three men from different backgrounds fighting for the love of one woman. You come to dislike them all to more or lesser degrees. Bathsheba (yes, that is her name) is a character with little warmth to her personality and, like all urban dwellers of the period, treats her rural tenants like dirt on her shoe. There’s Gabriel Oak, a hapless shepherd which following disaster finds himself working for the rich and snobbish Bathsheba. To say Oak is obsessed with Bathsheba would be a vast understatement. It’s no plot spoiler to say he proposes to Bathsheba and gets turned down within the first couple of chapters (keen much?). Then you’ve got the more maturely aged farmer Boldwood who, after receiving a wicked joke Valentine’s card, becomes infatuated with our female lead. Finally there’s Sergeant Troy, a passing army figure and notorious womaniser. Guess which one Bathsheba takes a shine to?

People often get doe eyed with the English rural landscapes depicted in this novel, but I don’t see it. To me this novel depicted country folk as a backwards breed who spend all their time rambling on and on about nothing at all. One of the few times I felt sympathy for Oak was when he was trying to get urgent help but had to contend with a bunch of idiotic drunkards in a pub. Who is going to give you money for booze if your mistress is dead Mr. Poorgrass, WHO?

Like a lot of literature from this period of writing, footnotes take dominance across most pages and the copy had religious and general ‘thing’ references which I imagine very few people would be able to understand two centuries later. I started off trying to read all the footnotes but quickly gave up when I found I was spending more time reading footnotes than I was when I was at university. Unfortunately it meant that supposedly hilarious jokes and witty comments made absolutely no sense.

If you’re a fan of Austen you’ll like this but Stephen King obsessives keep well away.

First there was this from Jeremy Corbyn, leader of the political UK opposition party, Labour:

Then there was this reaction from Virgin Trains/the media:

Look, politics aside, all I’m going to say is that if Jeremy wants to visit Bath Spa on a weekend he is more than welcome to hop on board my Great Western Railway train. 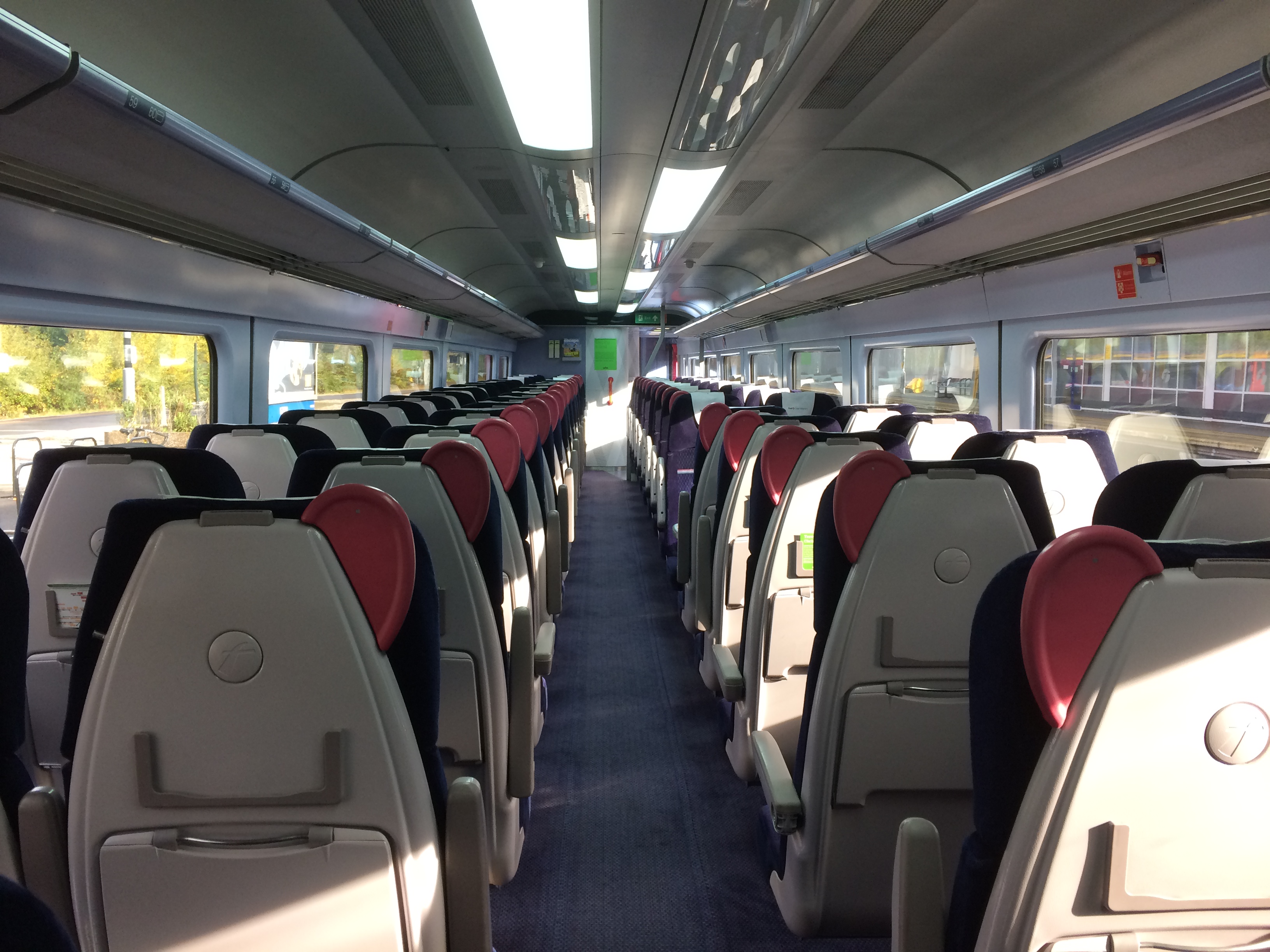 I’m more than happy to share my carriage with him if he’s ok with getting the coffee round. He also has to promise not to ignore the seats and sit on the floor (like last time). If he’s going to be like that he can take his hummus and sandals elsewhere.

A (very much) first draft from that novel I’m trying to write in the little free time I have.

In this segment, our narrator, executive Chantelle, is having a conversation with her superior, manager Sye. Manager Sye has come to view Chantelle’s stock/team as part of a routine inspection, after reports from a colleague that our protagonist is a sympathiser of ‘masses’ (a lower, slave-type, class of person).

We enter this segment mid-way through their dialogue.

“You know, executive, there are not many of your kind. Female I mean.”

“Because, unlike most women of our class, I am not privileged enough to bleed for The Cause in the same way they do. A previous manager decided that I’d be more fitted to monitoring masses rather than producing leaders.”

“And how did that make you feel?”

“Emotionally. How did you feel when your manager said you were not fit for purpose? Must have been tough.”

I could feel my manager’s eyes on me. He was observing; looking, waiting, maybe even hoping I’d slip up. Nowadays even the slightest twitch can condemn someone to the South. I carried on looking out towards my team, focusing my attention on a particular mass toiling in the dirt.

“I cannot really remember how I felt. A lot has come to pass since that decision was made, and I have grown in many ways since. I have come to respect the department which my former manager recommended me for. In truth sir he did me a great honour by casting me off.”

In the corner of my eye I saw my manager raising his eyebrows.

I kept my focus on the mass. “Yes sir. Here I can fulfil my duty to The Cause. I monitor and control a team of masses, they grow and harvest the food, I give the food to managers and they distribute it out, a portion going to the breeders. In the old days I believe that is what they used to call feminism.” I turned to face my senior, “I bleed more than the breeders do anyway” I smirked.

My manager looked over at the toiling masses, “I had heard about your labouring efforts. It’s impressive to see an executive prepared to assist where necessary, just as long as they maintain their distance.” It was a veiled warning.

“I bleed in other ways too sir.”

I rolled up the sleeve on my right arm, revealing my various cuts and scratches. The sight shocked him, I wondered if he was going to faint. In absence of comment I explained myself.

“This is my atonement for what I lack. With every score I bleed for The Cause. Some days it hurts more than others, it depends how deep I go. This one,” I pointed to a prominent scar on my wrist, “this was one of my first ones. As you can see, none of the others incurred since look as bad. I am a quick learner sir. If my combined efforts do not make me a supporter of The Cause then question my loyalty now.”

My manager nodded. Any doubt for my loyalty had left him as much as his voice had left his throat. I rolled my sleeve down. I do not like to boast of what I do, it is nothing of note compared to what the other females endure. I know, I’ve seen it.

After a short pause my manager regained his composure, “I’ve been thinking about all the hard work and effort you’ve invested into your duties and I think it’s time you were given more authority. It’s clear you’re good at what you do, your masses are well trained and your assistant is one of the most loyal I’ve ever seen.”

“Yes, yes, I’m sure,” he said, flapping his hand in the air. “Anyway, there may be an opening coming up in one of the Townships, management I’m told. Nice lodgings, increased rations, a respectable position within society. A role that certainly wouldn’t involve dealing with grubby masses like these on a daily basis,” he wrinkled up his nose. “I think you, executive, would be perfect for this position and that’s why I’m going to nominate you for the role with my full support.”

Now it was my turn to be shocked. “Me sir? Why not nominate yourself? You’re already a manager at ground level, wouldn’t you be the better candidate?”

My manager laughed, “oh no, I couldn’t possibly fulfil the role to the standard it demands. I know what those Townships are like. Besides, my best interests lie here.”

When manager Sye says ‘best interests’ he means his best fuckable ones. It’s the same for all ground level managers. They gorge themselves on the poor quality meat freely available, leaving the executives to deal with the mess they leave behind.

“You are most kind” I said.

“Don’t get too excited executive. I need to tell those above you’re ready and to do that I need to know you can handle any challenge. That’s why I’m putting some Fallens into your team to monitor for a couple of weeks.”

“I thought Fallens were sent South to the toxic zones?”

“Not these ones. One is the daughter of a senior executive, another acted out a minor crime. Muttered thanks to Bamanga in a public place or something. Just see they’re treated like one of the masses and return them back with nothing but a revitalised love for The Cause. Do that and I’ll see you moved to the Township.”

I bowed, “thank you for this opportunity manager” I said, as is custom.

“The Cause thanks you too,” he said distractedly. “Now, if you don’t mind I have to see to executive Wayne. He’s apparently been having trouble managing his stock and, as his manager, it’s up to me to investigate the situation further. Until later.” He nodded at me and then started walking towards a group of Wayne’s masses.

“Glory to The Cause sir!” I cried out after him.