We all have those moments when someone makes a comment and it comes as such a surprise or so random that all you can think (or my case say) is “ha-ha, no seriously” because a suitable response fails you.

Well I’ve had a couple of those recently.

Why I’m a Corporate Celebrity

About a week ago I met with some members of senior management. About three quarters into the meeting we’d covered most of the agenda I’d set out originally and conversations turned into more laid back topics. When asked broadly about career development I gave a simple answer, that I’m there to be challenged but also to challenge. At this one of the attendees smiled and quipped “you don’t need to remind us, we know about your email to Joe.”

(For anyone not sure of the reference click here.)

Why I Should be on Love Island

Good friend: “You’re so thin! You could be on Love Island!”

Friend approval and parental disapproval. Given personality doesn’t come into it I’d say that was a glowing reason to be on Love Island. 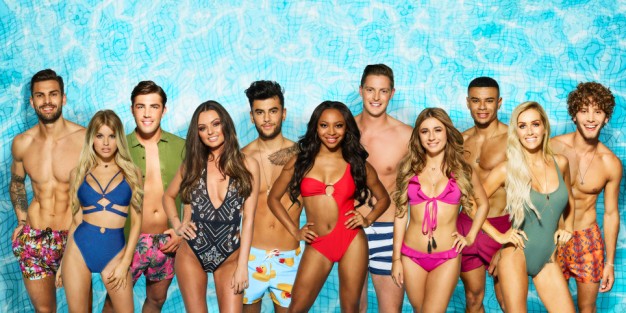 I take it back, keep me as far away from these people as possible.

I manage an 18-30 group in Swindon for which I’m frequently doing poster drops for as part of its promotion. I’d put a few up around the main offices in Swindon, including my own organisations, but you can imagine my surprise when in the middle of a live webcast being broadcast to thousands of people I noticed something in the background.

So I’m sat there in the London office mildly losing my marbles because one of my 18-30 posters has somehow appeared behind the head of one of our directors and the deputy CEO. Meanwhile my colleagues are thinking that they work with a mad woman or someone who is far too excited over the prospect of organisation restructuring.

Either way I’m getting an MBE from the Queen.

Why I’m a Trend Setter

I eat tomatoes on trains and if I need to give you a reason why then you’ve missed the point. Trend setter 101.

…because you’re still reading this.