Skip to content
HomeIf it is Inspiration you Seek, it is Classical you Must Find

I was in a London bar the other night, relaxing with a book and a medium sized glass of sparkling cranberry juice. There was a nice flurry of activity occurring around me, date night couples, arguing couples, groups of friends, a solo American businessman trying to engage with conversation (bless), all the standard things you’d expect to see in a alcoholic establishment of its sort and location.

I was sat in a booth to myself and taking in the lively scene of human activity mid page (the joy of a gentle anthology) when something caught my eye. At first I thought I was mistaken by what I’d seen but then the dart happened again and again, until my brain finally came to terms with what it was witnessing less than two meters away.

The little pests were so quick and spontaneous with their movements I could barely get my phone out, let alone take a photo, before they dashed back into the shadows or across the tiles into a new crevice. I saw one dash towards the American businessman but he seemed too preoccupied with asking the bartender to hit him with yet another whiskey so I held my tongue.

I’d only just arrived at the pub and settled down, so felt very reluctant to leave. I’d been to the establishment before and saw no sense in hurrying back to the cramped little flat I call home alongside four others. Besides, I’d paid £2.70 for my sparkling cranberry juice.

I knew exactly what to do. I put on my headphones and whacked on one of my most played songs. A classic of a classic, Ralf Vaugh Williams’ The Lark Ascending is as beautiful a composition if ever there was one. And while I can never begin to review it on a note-by-note basis (this girl dropped trombone when she was sixteen) I can firmly say that as a sentient human being it is a song that always helps lighten my spirits whatever mood I am in. I’m playing it right now as I type, listen:

So delicate but forthright and strong. Each time I hear the notes I see a different version of me play out, be it the girl in an evening dress or the girl donning her stick and hanky as she strides towards the city where the streets are paved with gold. And it was listening to The Lark Ascending that night in an average pub with mice running around that I was able to find my inner composure. Don’t get me wrong, mice or any kind of vermin indoors is not particularly pleasant, nor should it be ignored, but just listening to classical music, well, it seemed to transport me somewhere completely different. I could overlook the mice dashing about, in fact I was even able to half smile at their ill fated antics to get any distance before a human made a move of their own.

And then I looked down and saw a mouse sniffing my pump shoe and the bare foot within. Then I freaked the hell out and swiftly finished my juice as a scooted towards the door of a rapidly emptying watering hole. I left the single member of bar staff in the delightful company of the American and a newly arrived drunk local.

And it made me think, when did I start embracing classical music? What were the key tracks that started it? Well bizarrely my love of classical music all started with a free CD that came with a Saturday Daily Express newspaper. Remember those few years where newspapers gave out CDs every five minutes with a random assortment of music? Well in 2004 we got one and it must have been the Euros or something because it was called Football Passion (even though the last World Cup had been in 2002). 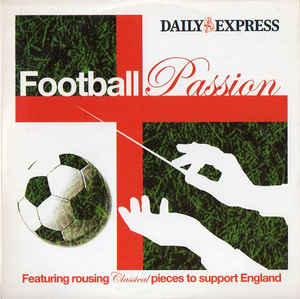 Well much to the surprise of 11 year old me and a good deal of other Daily Express readers the CD was purely classical music. Not a sniff of Lighting Seeds in sight. And yet in a very weird way a free piece of plastic came to be the making of me. Playing it in the car for weeks afterwards I was able to formulate my own narratives around each song. The first and strongest story I devised around a song that was around the composition of William Tell Overture. Don’t listen to this and tell me you can’t picture the spectacle of the horse racing?

Picture a scene resembling the Grand National or Cheltenham Races, horses chasing up to hurdles and bounding over. Riders falling to the wayside one by one as proud owners look on to see their champions to the photo finish. So much energy and excitement.

Pavane, the song that flows straight after William Tell Overture on the CD’s playlist, created in my head the sense of disappointment of the losers.

The riders cast aside as failures, the damaged horses piled in heaps awaiting their fate as the rain starts to drop down. That or a general sense of romantic sadness, young boys packing bags and sent off to war when they barely understand what suffering is. The long days of rain and sadness.

And then, several songs later…

The slow build up, the knowing that something is about to happen, something is about to change. And then boom! The base drops and you’re filled with a sensation of happiness and warmth. The rain has stopped, war is over, there is a shining future ahead and all you can see is the goodness in humanity. O brave new world!

As crazy as it would seem, a free CD aimed at a sport I had no interest in would spark a new altogether different fascination in me. Around the same time my Mum got given a compilation CD set for Christmas called Pure Chillout. 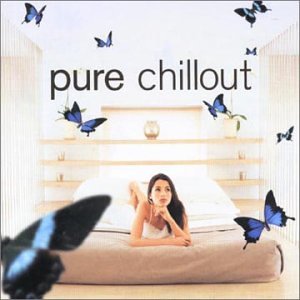 Still played around the house some fifteen years later, the album’s selection of modern hits with a feeling of ‘future classics’ was timed perfectly to those early teenage years of trying to make sense of the world under a mountain of coursework. The Heart Asks Pleasure First has strong banking connotations in the UK, but for me I could see only two lovers running around wild meadows, pausing only to catch their breath and the beauty of their company.

How mighty is the piano.

Mum, a now retired teacher, used Adiemus for one of her class’ dance routines.

Aged about nine, I listened to the song repeated endless times in the kitchen while she formulated the choreography for a group of twenty seven to eleven year olds. I remember watching the class rehearsing the performance an thinking it very impressive given my Mum half an hour before had been teaching Maths. However it wasn’t the story I’d created in my head.

In my head I pictured it as a battle scene. The noble and good army preparing for the battle ahead at camp, heading to the field, squaring up with their mighty and evil enemy across the board field. Then the charge with an almighty crash as the two sides interlock for the first time. The bloody battle, the slaughter and long battle, ending with the head of the enemy cut clean off and rolling away. The enemy drop their weaponry and the good Queen proclaims the victory to her humble supporters.

In hindsight I understand why my Mum couldn’t have acted out similar with her students.

Spin things back to the present day and you can find Mozart sitting comfortably as playlist bedfellows to songs such as this where English lyrics start to make an appearance, but only as long as they serve as backing vocals to the main event:

I now find myself frequently utilising the power of the classical genre to help me focus on big tasks or help support and make sense of the creative noise in my head. With no fake beats or confusing lyrics to contend with my mind can make its own conclusions of what it hears. And like any form of artwork, I can listen to it knowing that a distant person on the far side of the world can understand the wordless track just as easily and form their own opinions and judgements.

Were years of classical music the only reason I put up with hoards of bar mice that evening? Of course not. But could I say to you, hand on heart, that without ever listening to a classical music track I’d be sat here today writing the way I do? Now that’s a tougher question to answer. Because classical music forced me to form a story based on no steer whatsoever. It began that process of storytelling that has stuck with me ever since. Without the genre I genuinely do not know if I’d still be able to pull writing topics out of thin air or even if I’d have the confidence to share my ideas for the world to see for themselves.

If it is inspiration you seek, it is classical you must find.